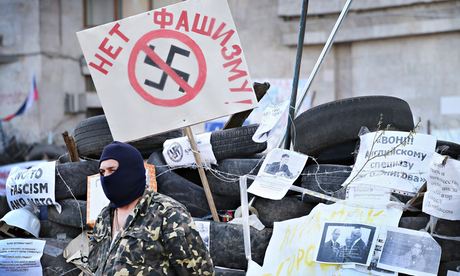 It is worse times when the brother fights with a brother,  father kills the son, friends attacking friends and neighbors bombing a neighbor.
What is happening in Donetsk is launching into civilian war. Who is who? The history has totally been mystified and corrupted by means of Mass Media. The Ukrainian Defense is being unspeakably violated and lynched by pro-Russians.
"Fascists, fascists, fascists", - chanted meeting members. These kind of absurd phrases can become the starting of a new war in Ukraine. Poor Ukraine!!!

MH-370 airline missing mystery exposed. New questions on the arrival: Why the airlines do not use real-time tracking?

Reportedly more and  more questions arrive from journalists after aircraft MH-370 has been identified missing. It is strange that those questions have arrived only now. Where were the journalists at the very start of  the investigation? It looks more political agreement rather than true investigation.

NBCNews: What is real-time tracking and how is different from the systems have been used?

Aviation Expert: A traditional flight-data recorder is like an old-fashioned tape recorder; you record something, then play it back later and decide what’s valuable and what isn’t. Real-time data tracking means you’re getting continuous data streaming from thousands of data points from an aircraft’s computer.

The cost could be enormous and could raise ticket prices.

Aviation Expert: It currently costs around $75,000 to install a [maintenance-tracking] system per aircraft. The cost to stream that data is about $3 per minute. If you’re dealing with a 4-hour flight, you’ve got 240 minutes times $3 times the total number of planes in the sky. The cost could be enormous and could raise ticket prices.