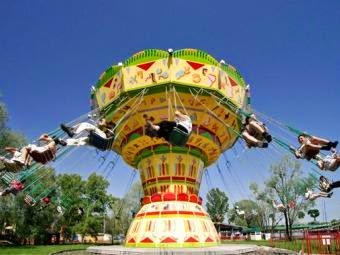 Position of Astana (capital of the country) in regards to «russian spring» straddles rigidly.  North- East of Kazakhstan has Russian-speaking population, which covers one third of the country. Most of them have Russian passports. While Kazakhstan stakes in for integration with RF there are no grounds for worry. But the situation is complicated.  And nobody else knows what will happen after the changing of authorities.
On the issue of Crimea joining Russia president of Kazakhstan Nursultan Nazarbayev primarily took the policy as «respect of territorial equity of Ukraine» later followed the approval of Crimea Referendum. Further delegation of the country abstains in the election of General Assembly of  EU on the legitimacy of the referendum.  In relates  to Kazakhstan this unambiguously is not matter to pro-Russian position. What is the reason for such contradictory actions, – appeals Pravda.ru.

Answer from blogger and independent journalist – Mira Kartbayeva:
- After reading the critics from one Ukrainian journalist Lyubov Lyulko I would rather compliment my colleague for a better observation on the issue of straight political / civil position than criticize her on minor mistakes on the territorial position of Kazakhstan. However, the agreement about sharing the lands and territory between Kazakhstan and Russia was undersigned long time ago before the case of Crimea started. And Russia also was given of Kazakh territory. Omsk, Orenburg, Tyumen, part of Altay region are the examples of  good relations between our countries, just to remind those who are ignoring these historical territorial ex-changes. Oskemen and Akmolla (original name of Astana) were imposed Russian repatriation. It was either Russian or Soviet Party's decision in Moscow.
And about double opinion of Kazakhstan, I would oppose and give one more evidence from Mr Vladimir Putin's words. In the meeting between Kazakhstan, Belarus and Russia, he recommended to keep up the aside position. Because Mr Putin said this is an issue between Russia and Ukraine. And I don't want to put your countries under the judge of the world community.
To the question why Kazakhstan has conflicting opinions, I would answer with the question back:


- Why Kazakhstan has to be pro or con Russia? We have our own Constitution and form of state, and as previously mentioned by our president: «We will not give any jot of independence and our sovereignty to anyone else».