Even in the old and isolated province of Sakhalin do not save killings in the church, apparently. In this case, as in America and Nigeria, a man, in apparent confusion, opened fire in the church, killing two people and injuring 6 others. The killer was taken to a psychiatric hospital.
Sakhalin killer

What we had suspected, to see empty seats during the opening ceremony and also during the races yesterday, seems to be true. We remember with great emphasis the previous editions of the Winter Games and respect in those days the Olympics today seems to be followed by paying less present than expected.
Sochi empty?

The reaction of other Tabloids about Giraffe case

Giraffe slaughtered at Copenhagen Zoo and fed to other animals

(Click the link to see the video)
The Giraffe 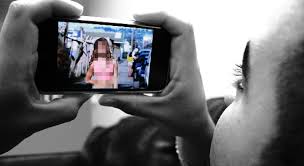 When we got to the point that one Italian over three agrees to have sex with a minor, and one Italian out of 10 believe that having sex with a minor is also educational, then my Italian passport I throw it away... In a search of the company IPSO made ​​last January, in fact these are the conclusions. So what we complain if it is then the body of a little girl in a ditch? Of which we complain if a father has sex with his daughter? Civic education for the, right? So it would also be pointless to do research on teenagers disappeared, and so on: all normal, because all is admitted by the people and often cover by the word education.....

Is it really justified?

When we got to the point of killing an animal with the excuse that it was in excess, and then quartered in front of the cameras and the kids at the zoo where he was and give his body thrown to the lions, I think it is consistent to kill a man give in meal to the African people who have no food to feed themselves.
The decreed so modern and civilized Denmark is proving political blindness and social infantilism, especially for showing bloody action to a population too young to understand the meaning of the thing.
Our support of the animal kingdom and the protection of nature where human beings should live in peace.

Comments from us editors

We do not understand the reason for having limited television viewing sporting events of the Sochi Olympics by European broadcasters. While it is understandable that behind this difficulty there is copyright, we do not understand why not put on the air at least deferred.
The same is for dozens and dozens of clips posted on YouTube, which apparently seem to contain what we can read, but in reality the film shows other things for a length never more than a minute and a half.
Do they want to boycott the Olympics or forcing users to pay to see?