We're almost getting used to for quite some time, to see behavior "human" by animals, and more and more animal-like behavior on the part of "human."
I'm sure many of us remember the case of the lioness at the zoo in Berlin, who stood next to his companion suffering from Parkinsonism until his death. Well, today the world press is dealing with a new case, always in the kingdom of felines: a male lion, treated by serious injury by a woman, thanked his savior, seeing her again, in a very unusual way ... Look the clip to believe. Now, do the right consideration: who is the real animal, if a father gets to the point of beating up his infant son in the hospital ? (news of Italian media of yesterday) 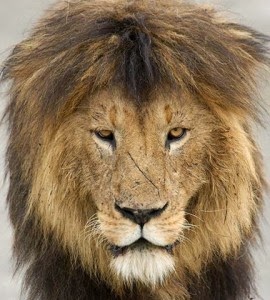