BE FREE TO BE INDEPENDENT 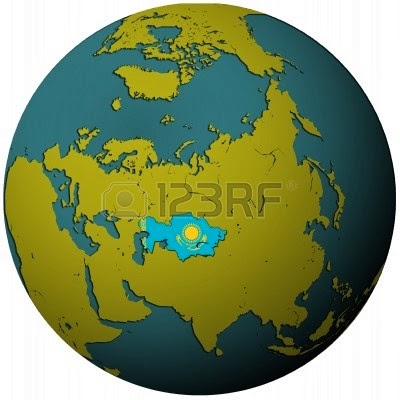 At the threshold of 21 Century we are now finally independent Country that has its subrogation, political system, raw materials and ideas for future. But is it the essence? What we need to become like all average developed Countries in the world with stable economic position, and when? Do we suffer from Americanization, oops ''globalization'', or we are fighting with our archaic system being constantly called “tradition” that never puts us on front. Have you ever realized evolution of the Country by leaning back to the past? To get the answers to all below posed questions I addressed several times to citizens of Atyrau: no comments received.

The most sincere and logical answers I received  from one Netherlander in an interview:

Do you believe in crucial success of our Country?

-For what I have seen yes. Kazakhstan was a Colony of Russia for 70 years. Your nation has now independence since 22 years. There are several countries with an own strategic plan that was integrated with other nations. No one of them can develop individually without integration.
Recently our president, Mr. Nazarbayev, declared new strategy «Kazakhstan-EXPO-2050» to entire Country and worldwide. In his strategy he emphasized literate Kazakhstan and independent production apart from the oil - gas industry. What do you think might be an engine to reach the targets? 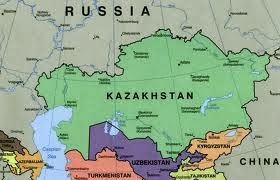 - We western people appreciate the power that your president gives. We consider him modern president and not a classical dictator like being in Iraq. He takes care of his Nation. But while you have 16 million populations, your manpower is still poor. From this arose the big necessity to hire manpower from abroad. I observed the big consumption wave in your society, but not product creation. We have never seen a trademark «made in Kazakhstan». Equipment and technology are important for production. For example, you have 'caviar' - why not to produce good quality of caviar to be competing with Russia? For this you need to refresh technology and increase number of equipment.
Kazakhstan has provided 37% of uranium production of global volume. As per indexes of the year 2012 Kazakhstan established a new record - 20,900 tons of uranium production. So means, you have overtaken Australia and put your Country in 1st place on the pedestal. Technology periodically is being updated; you need to run your technology in order to export your products. I can't afford to think that your Country is not able to have top quality of apple and many other fruits. Why you import the products that you may produce on your own? I can assure that your entrepreneurs could have big plantations of artichokes, celery, romana salad and other different vegetables. After they sell them for logical price so they could invade the market.
The remarkable attention has to be given to your scholars and institutions. As your president Mr. Nazarbayev has already noted, a big gap in your institutions is that you need to open new university system according to international standards.

We have plenty of foreign oil Companies that are working in the territory of our Country. Foreign investment is as a weapon against Kazakhstan economics or traditional conflict for local authorities. What do investors really want from joint business with Kazakhstan?

- Foreign companies, investing your power to produce their products: house-kitchen tools / equipment, shoes and clothes, furniture, everyday use items to gain their profit. Europeans want another trademark and not Chinese. Kazakhstan has a double interest in this case. You are not to be afraid of foreign interest for your future.

What is success? I think it is a mixture of having a flair for the thing that you are doing; knowing that it is not enough, that you have got to have hard work and a certain sense of purpose. (Margaret Thatcher).
The overview by the eyes of expat reflected his worry for the future of Kazakhstan and awareness of the situation. So did we know much about our country than an expat or are we the margins of our nation?  What have you done to develop your country? Is it enough to be born in Kazakhstan or just a little more?