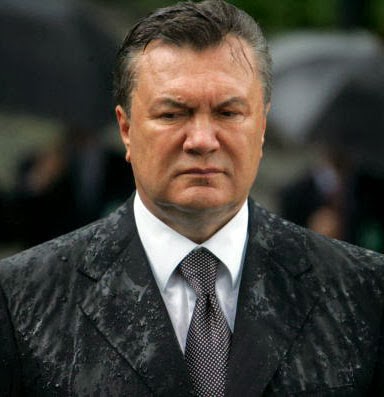 The Ministry of Internal Affairs of Ukraine proclaimed to want the president of the country Victor Yanukovich on suspicion of involvement in massive killing of peaceful citizens. It was stated by Acting Head of Office Arsen Avakov on his Facebook page.


According to his statements, current location of the president is unknown, while he refused the state protection. Last time Yanukovich was seen at night on 24 February on the way to Belbek airport, which he finally could not reach.
These days in Ukraine were repeatedly published non-confirmative messages about the location of Yanukovich and his hypothetical gateway of the country. Opposition deputy Alexandr Briginets, in particular wrote on Facebook that Yanukovich was recognized in one of the Moscow patriarchal churches along with guardians and close relatives.
The journalist of «Ukrainian Truth» Tatyana Chornovil in turns reported that the president allegedly was going to escape from country by sea. According to her words, the yacht «Bandido» is under preparation in Balaklav near Sevastopol.
Finally, political analyst Pavel Nuss stated to UNN agency that vanished president has allegedly been liquidated by foreign secret services.
The president sets from Kiev to Kharkov, where the congress of Southeast deputies of Ukraine was arranged, however he personally never arrived at it. Later on he communicated through a video message, where he reports that he is not going to resign. After this, according to MIA, Yanukovich arrived in Donetsk from where he attempted to set off on his private jet, but border guards stopped him.

Carnaval from Brazil on the way to arrival 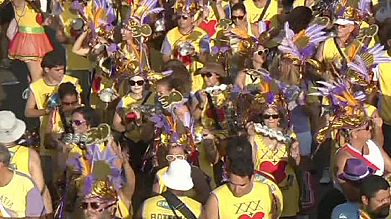 Rio Carnaval
After so much war news, finally a cheerful news: Begin the festivities of the Brazilian Carnival, the most famous in the world, with equal importance with that of Venice (Italy). Sounds, colors, costumes, music, samba, will be the main topics that will compete in the lists of things to do in Rio de Janeiro, between the beaches of Ipanema and  Copacabana.
Atyrau, 24/02/2014 - INC News
Posted by Unknown at 07:14 No comments:

How could this be if not so? Now those who had always supported Yanukovych railed against the sostenitory of Tymoshenko and the danger of a new series of battles is getting closer more and more
Ukraine against Ukraine? 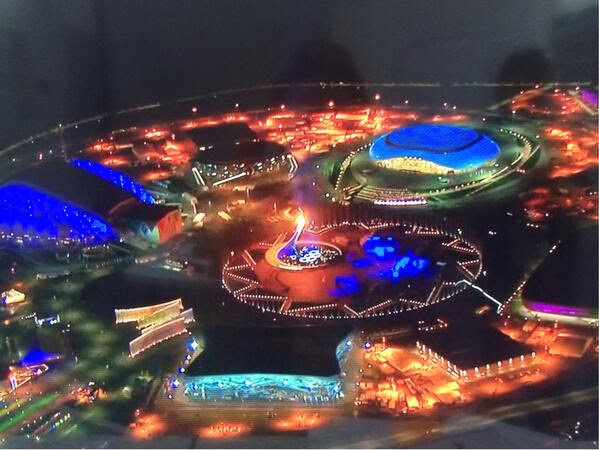 Winter Olympic Games closed. Now we have to draw conclusions. We argue that the $ 51 billion spent on these games have seen them all, unlike other editions exaggerated. Games started with a thousand fears, but in the end they never made ​​those threats provided. Work of the organization or Vladimir Putin? Not just a great politician can get a perfect edition of the games, we need also  a massive organization capable of handling more than 25 thousand volunteers and the management of the place itself. If we had given a positive opinion at the opening ceremony, the closing ceremony it felt even better! The stunning choreography and scenography with constant changes of color and light, with constant allegories produced in an excellent way, gave birth to an unforgettable evening, during which the President of the Olympic Committee Bach has correctly pointed out that today's Russia is no longer the Russia in the past. We who are right inside the thing we can confirm this: With these Olympic Games Russia has told the world who really she is.