New life in the evening of Atyrau? 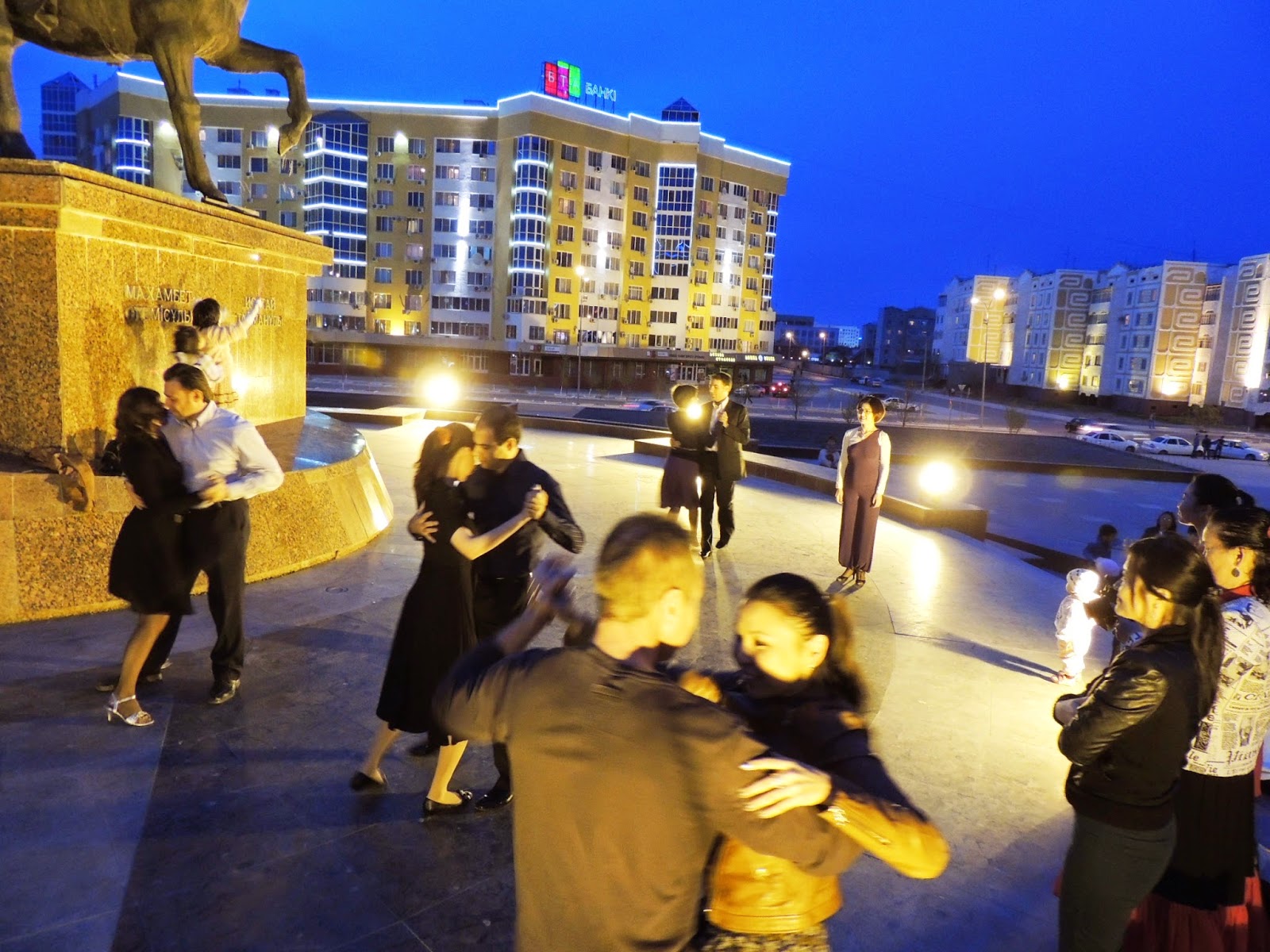 In the magical setting of a large monument lit, the night life of Atyrau finally found its breaking point!
Thanks to the grant of the mayor, Atyrau Tango School has broken the tradition of doing nothing to show in the city, presenting 6 pairs of students of Argentine Tango, who danced on the surface of the monument in the central square, called Maxambet.
Illuminated by the lights of the city, the monument has been the stage for a group of tango dancers, who, dressed in his own way, gave sight to the people present, allowing them to understand that sometimes in the evening something can be done to permit relax and entertain audience.
By the school, Mira and Misha thank the Akimat and the students attending the presentation. Two hours of fun together, under the lights of a city that before felt asleep in its oblivion.